Last week's sketchwalk was rather unusual. It was the first time we started at two different locations.

The sketching area was in Toa Payoh which we had covered before a few years ago for the Neighbourhood sketchbook series that as published by Epigram. 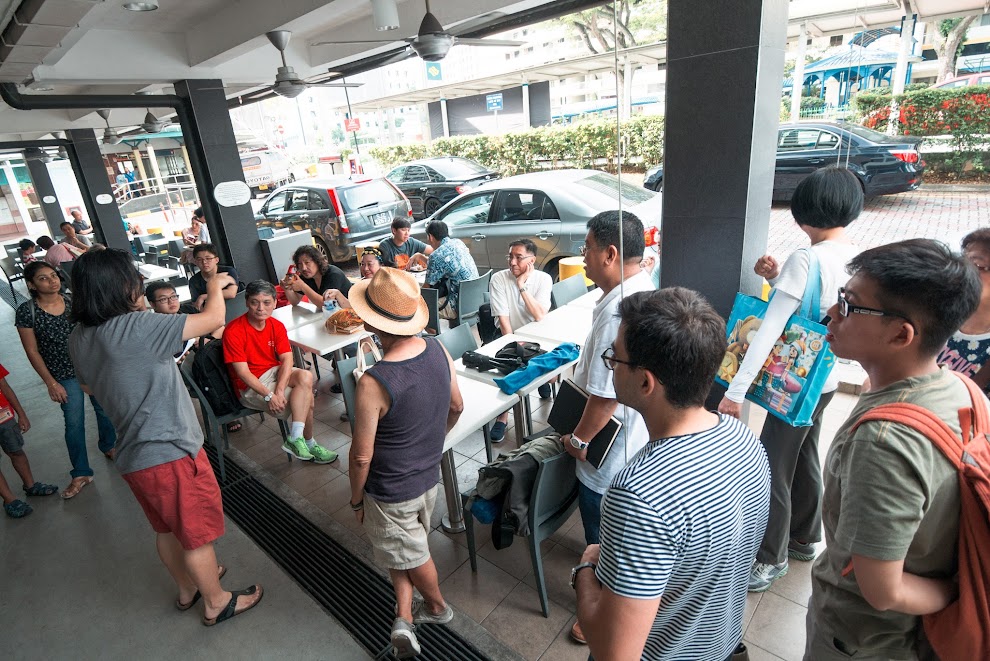 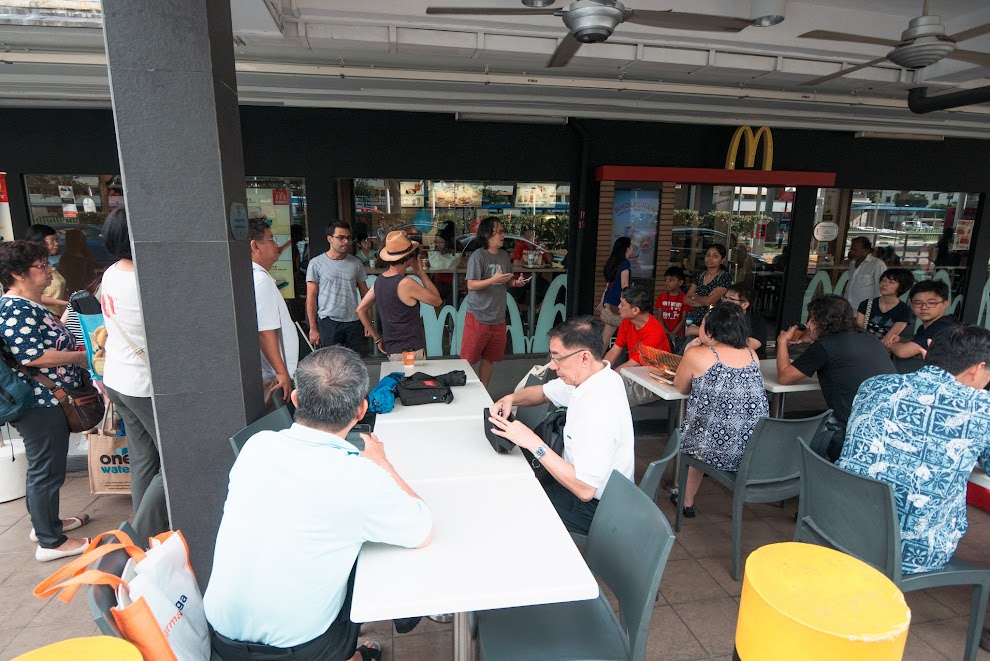 The turnout at this meeting point at the McDonald's near Braddell MRT station was quite big too. 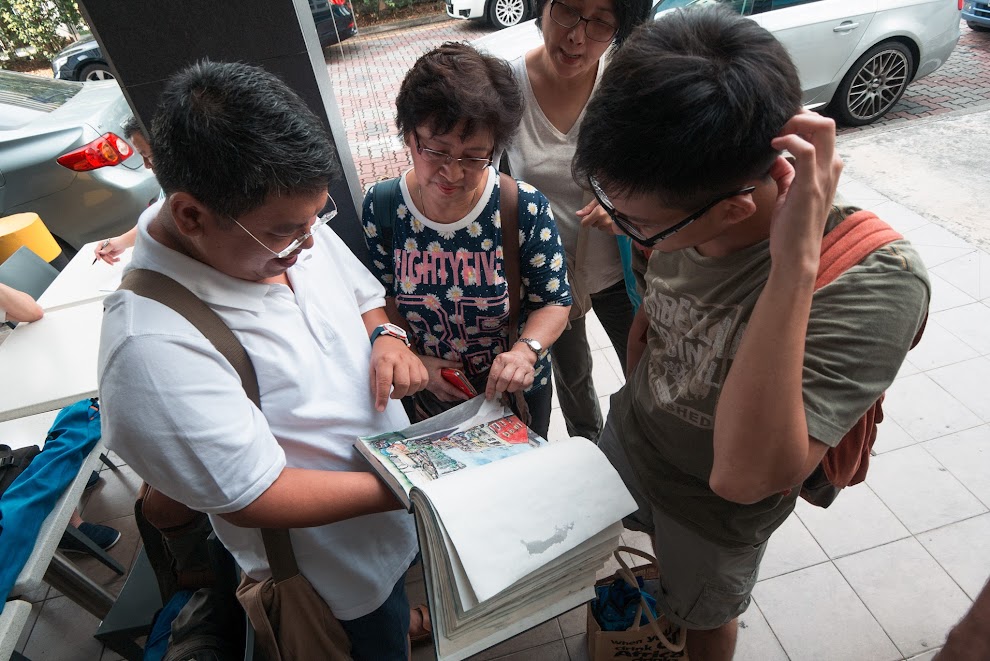 Sharing started even before the sketchwalk. It's always interesting to see the sketchbook of other participants. 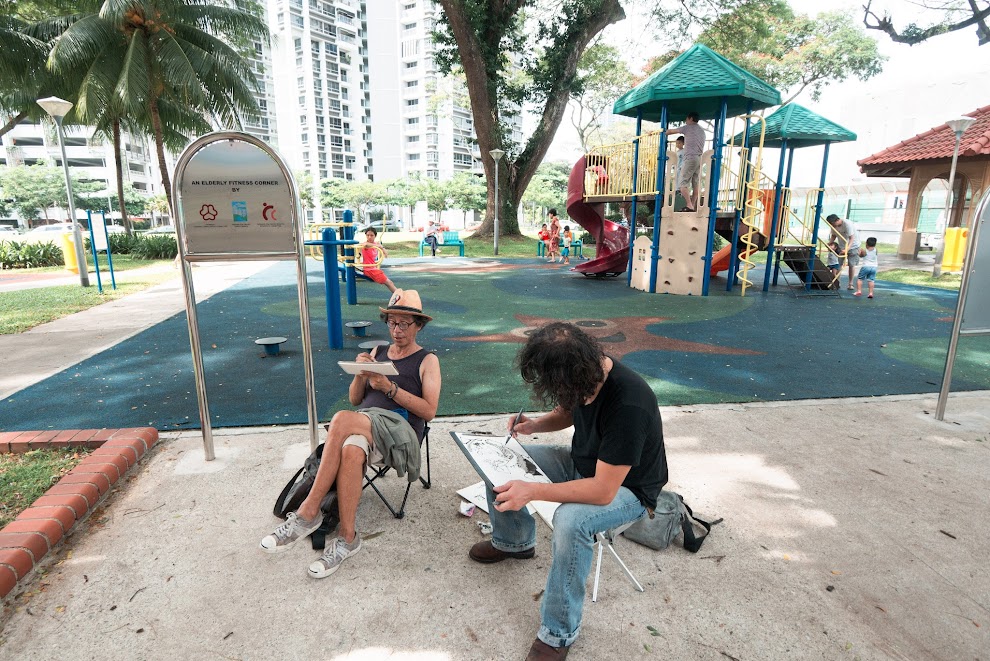 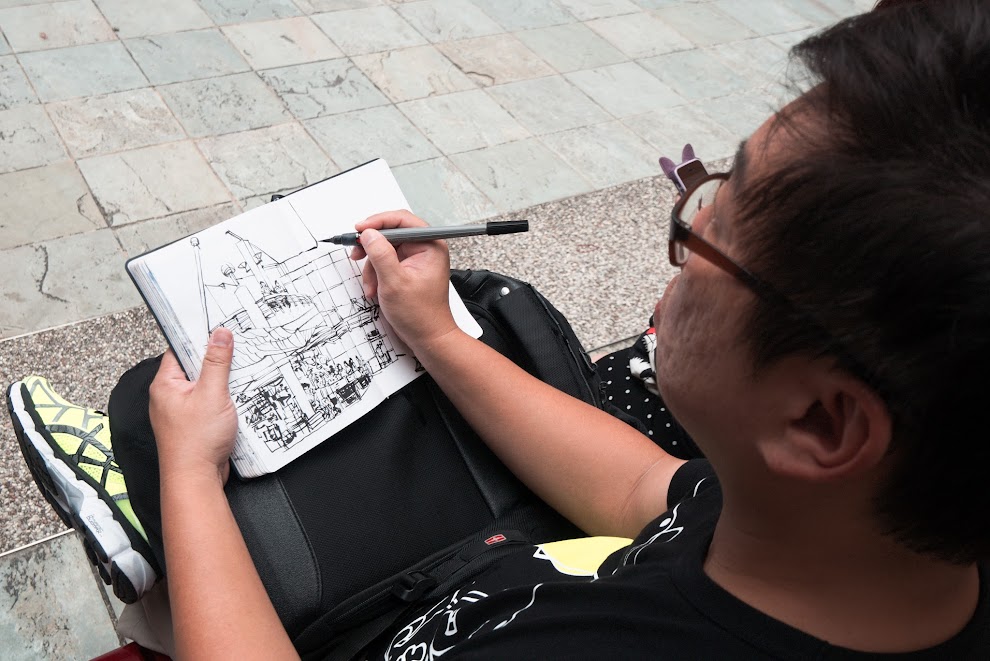 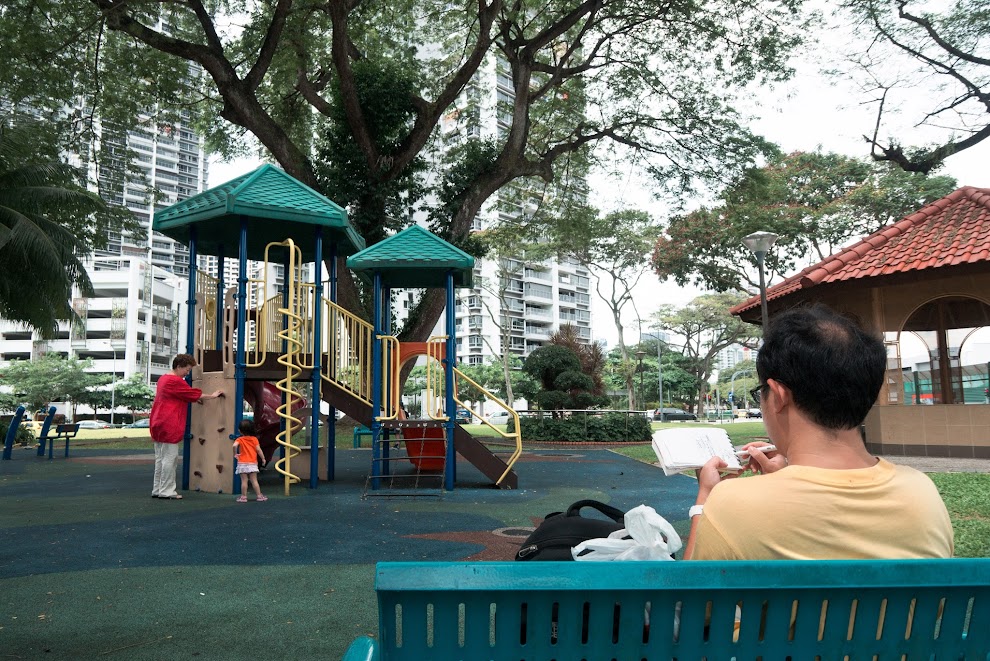 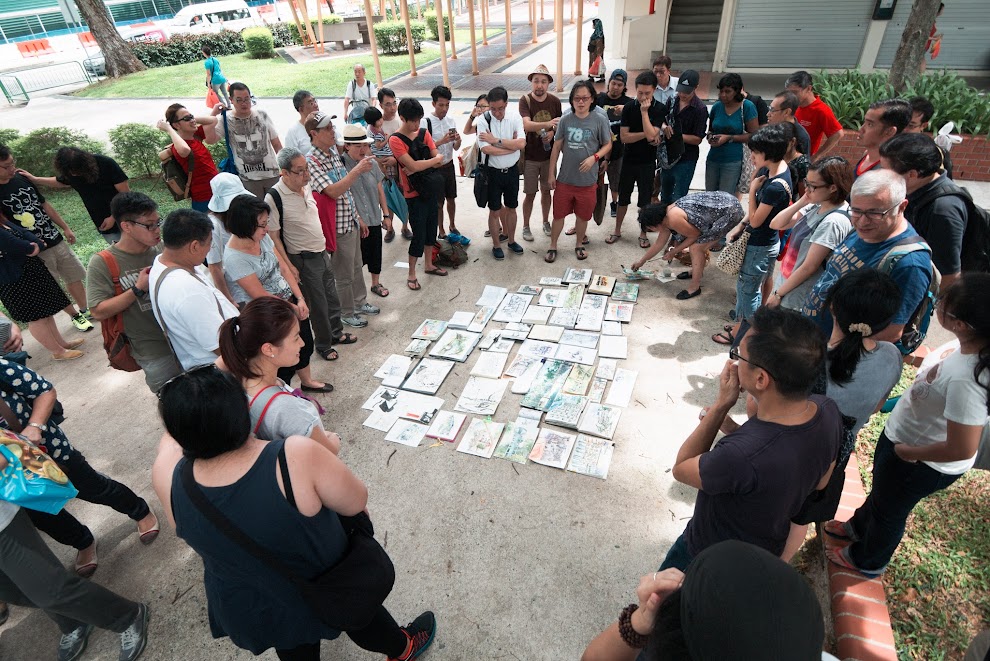 This was the final meeting place where all the sketchers came together for the Show and Tell. 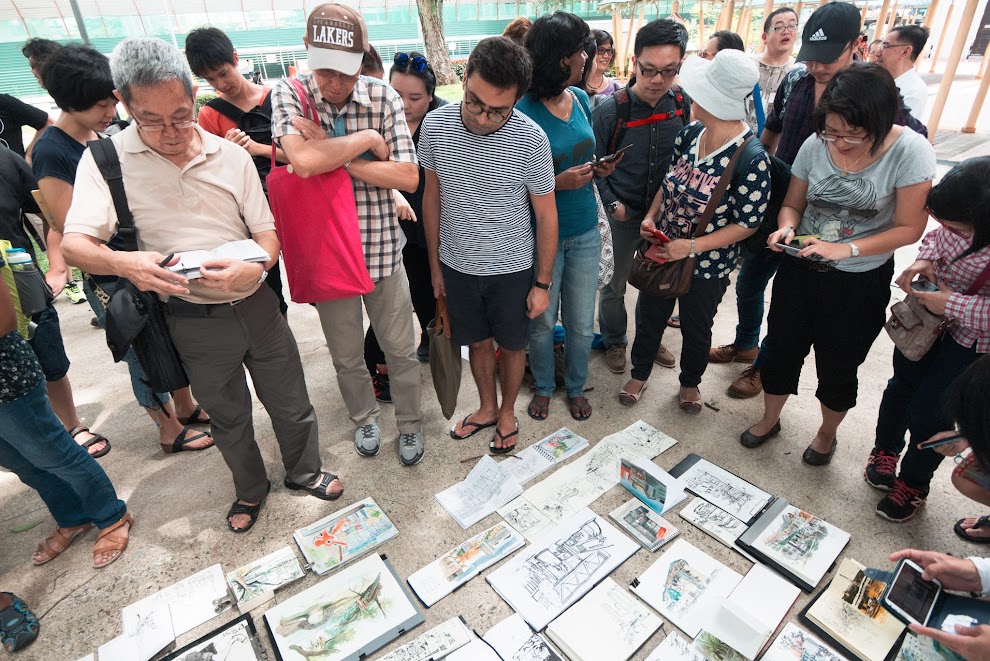 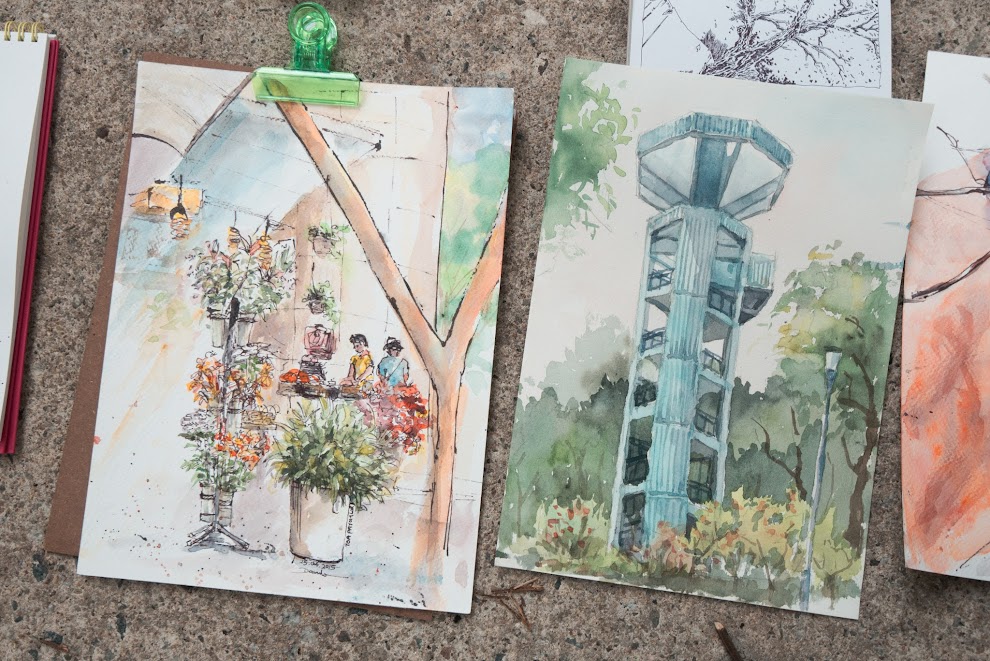 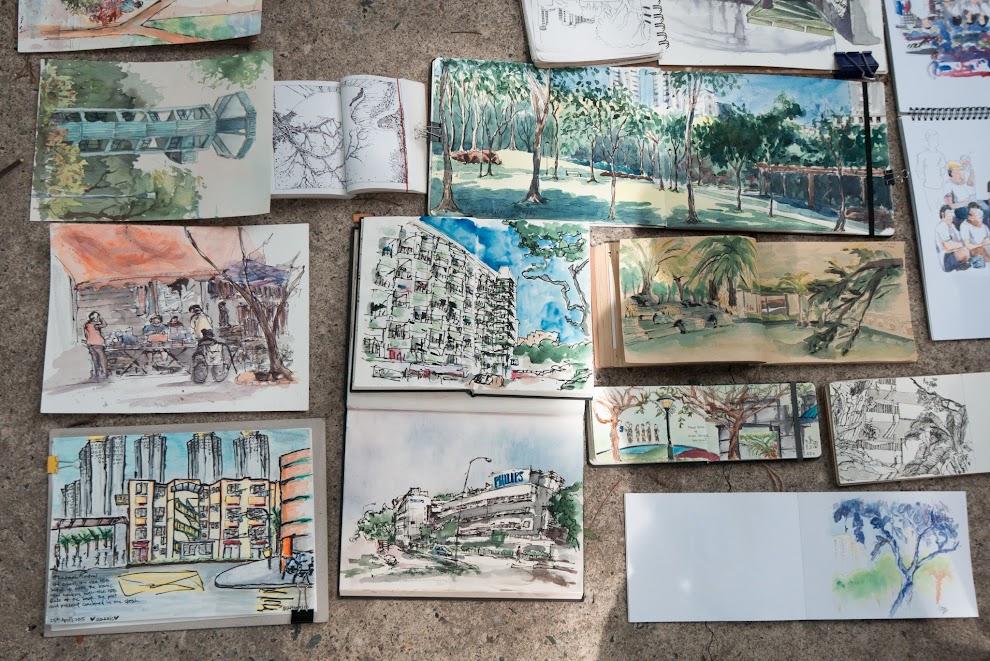 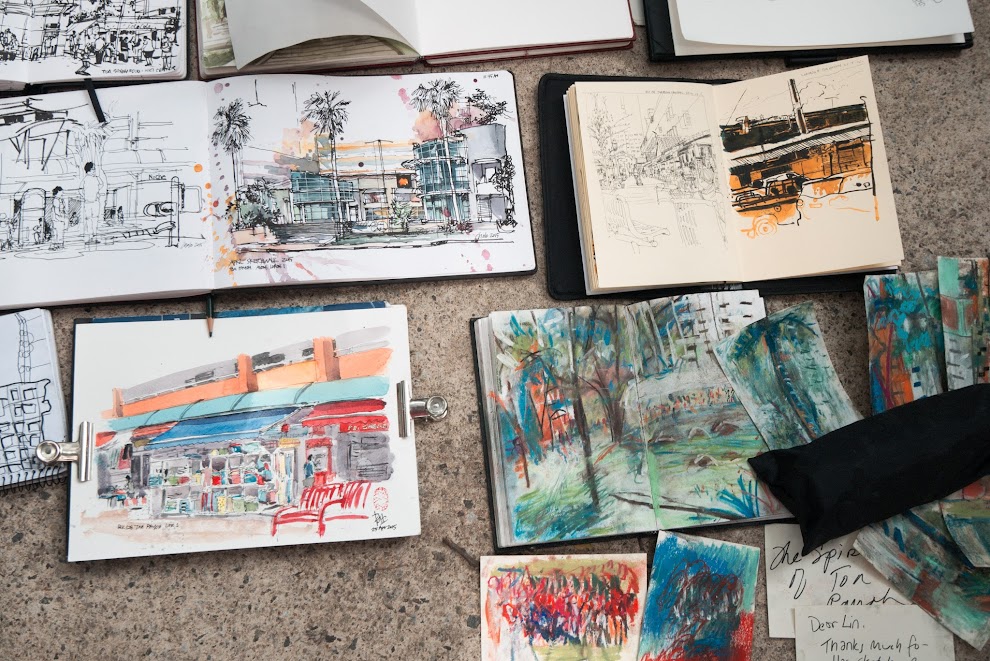 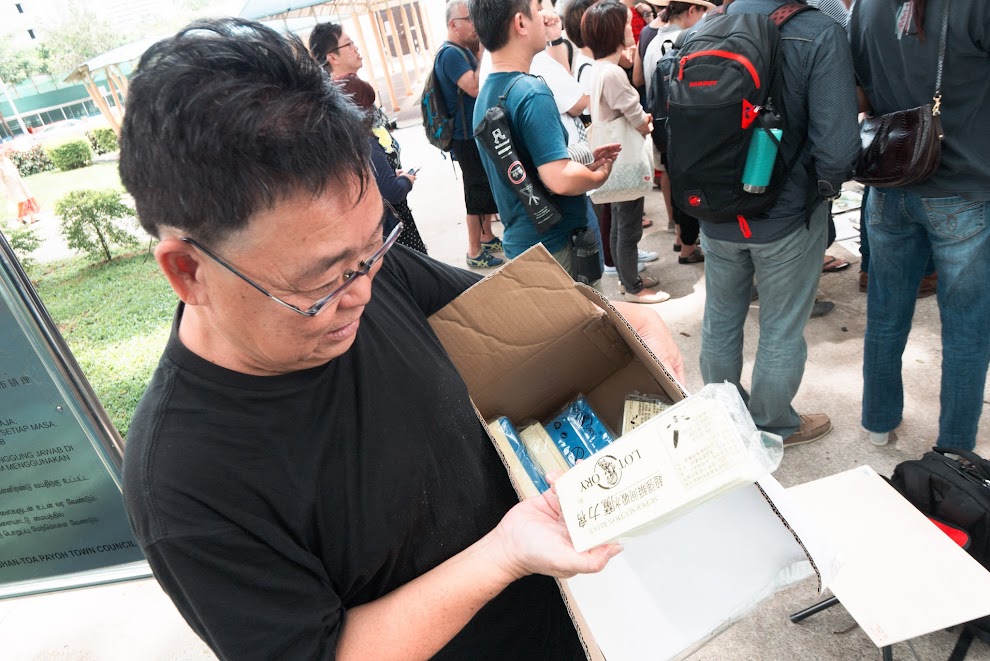 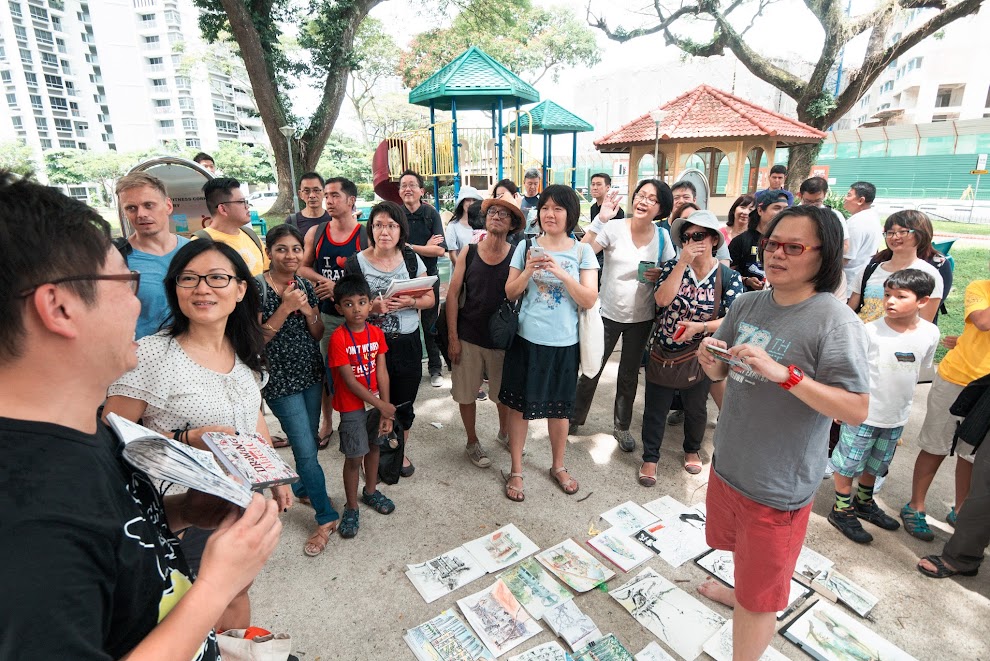 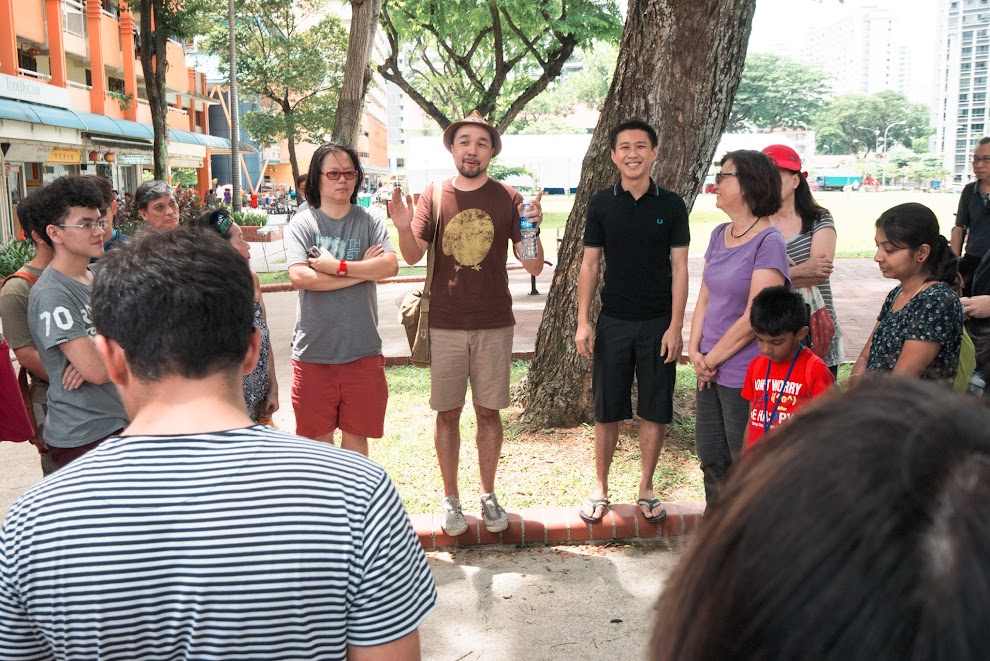 This month's sketchwalk location was chosen in part because of an upcoming collaboration with Cremier, an ice-cream shop located in Toa Payoh. There's going to be an exhibition featuring some of our sketches in their store. 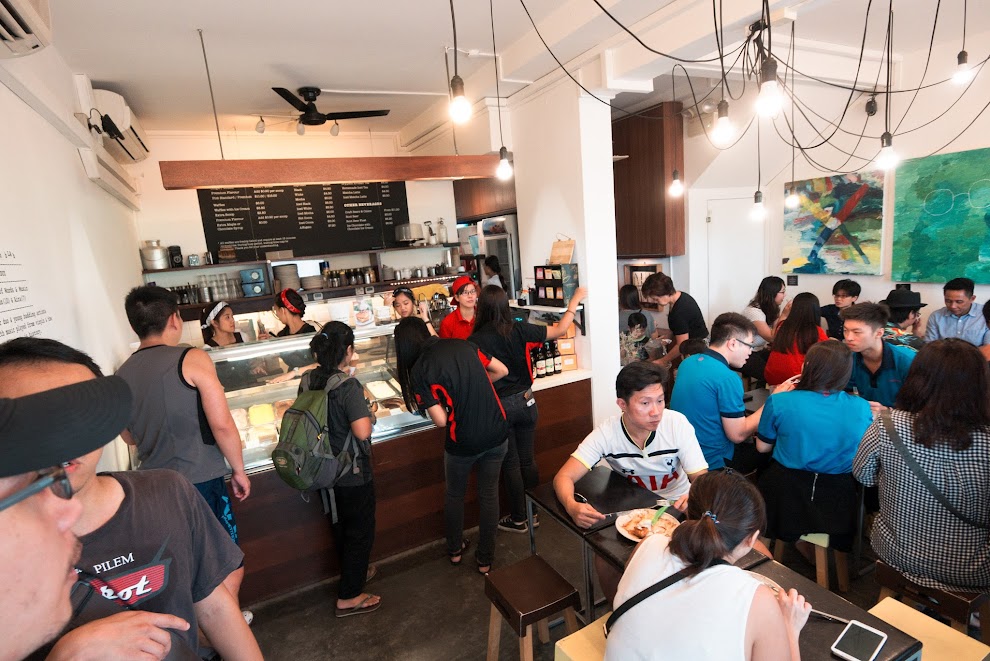 These are the sketches I drew that day.

This was drawn at one of the HDB flats. My A5 sketchbook was a bit small to capture too much detail.

This was drawn in front of a fruit stall.

After the sketchwalk, I continued sketching at Tiong Bahru.

This was sketched rather slowly as I want to get the colours to fit within the lines.

I'm still trying to use up the QoR watercolours. QoR is not too bad, but it has nothing over other more established brands like Winsor & Newton and Daniel Smith.

This one was sketched hastily as it was getting dark. There are some watercolour backrun and blending of colours because certain areas were not dry yet when I added more colours.