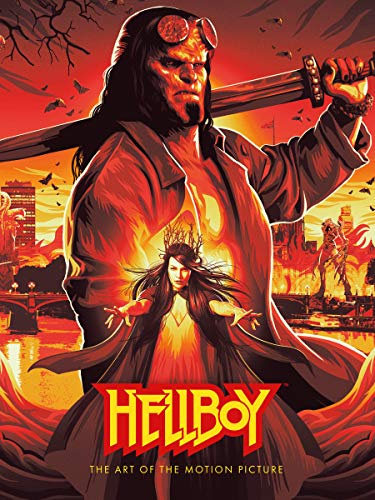 This is a rather decent movie art companion for the new Hellboy film. It's better than I expected.

The character designs consist mostly of cut outs from film stills, much like those glamour portrait shots typically seen in magazines. There isn't much character designs. Even Hellboy himself had only four pages, four pictures of him in trench coat and five of his leg, and one page on his guns.

There are plenty of designs for the creatures and monsters though, and they look great. Some are illustrated while some look like 3D renders. There are also comic panels included to compare the film's version of the monsters to the original art. Including the comic panels is a nice touch.

The remaining artworks are of the environment and sets. The world building visuals looks great too, very cohesive.

The text included are just brief captions on the design. I wish more could be included, especially on the production process and the costumes.

This artbook may be lacking in certain areas, but it's still worth getting the book for the beautiful visuals.