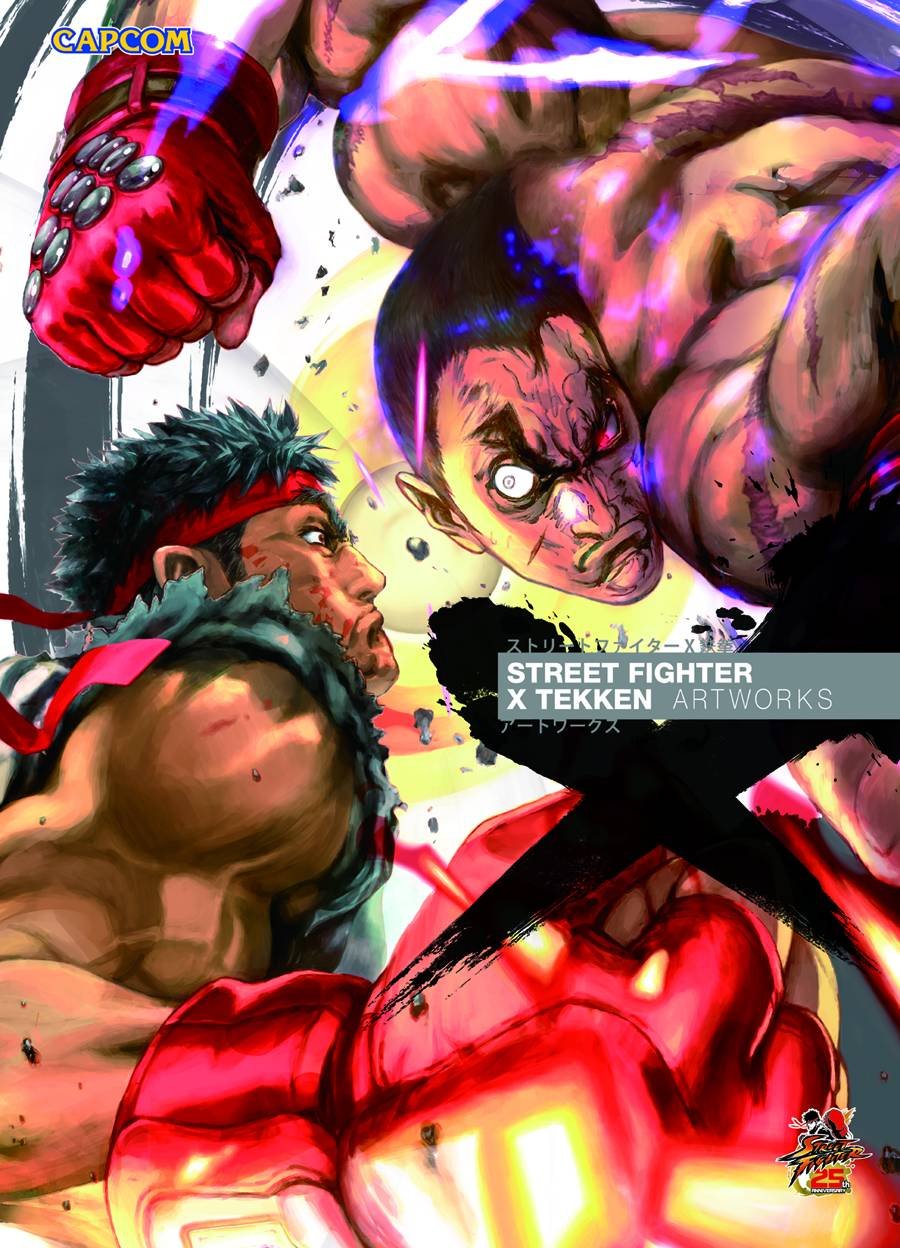 This is Udon's translation for the Japanese artbook ストリートファイターX(クロス)鉄拳 アートワークス that came out in April 2012. The video game came out in March 2012.

For some reasons, the Japanese artbook reviews were not very favourable.

The character illustrations are mainly by Kazuma Teshigawa from Polygon Pictures. Only a handful of artwork are from old time Street Fighter artists like あきまん (Akiman) or 西村キヌ (Kinu Nishimura). The style is different. Kazuma Teshigawa likes to mix his illustrations with some sort of 3D water effects which looks a bit weird.

42 characters are featured in the book, not including the 12 extra ones from the downloadable content. Those video game companies like to release extra characters after the game hits retail shelves. As a result, artbooks are unable to feature the whole cast, especially for Street Fighter.

I've not played Tekken before so some of their characters look a bit unusual to me. There's Kuma the bear, King with the leopard head, the non-human boss Ogre, Pac-man and Mega Man who's some cheap looking middle age guy in costume.

There's a section on character splash art, and another on the character designs. The latter has many weird costume swaps for the characters. It's the fat-Rufus-in-angel-costume-with-fluffy-wings-and-halo kind of weird. The 3D character models are great but printed too small. It comes with the character profile and interesting commentary from the staff.

Other art included are screenshots of trailers and endings. The art for stages are again printed too small.

There are four interviews with the staff. The first is with Polygon Pictures that talks about the game's visual design, such as the use of water over the sumi ink style from Street Fighter IV. The second interview is with DIMPS who are in charge of character modeling and the game mechanics. The third is from Akiman and fourth from the Tekken team.

The characters are alright but the art direction of the game feels different compared to Street Fighter IV.

Recommended more to fans of the game.