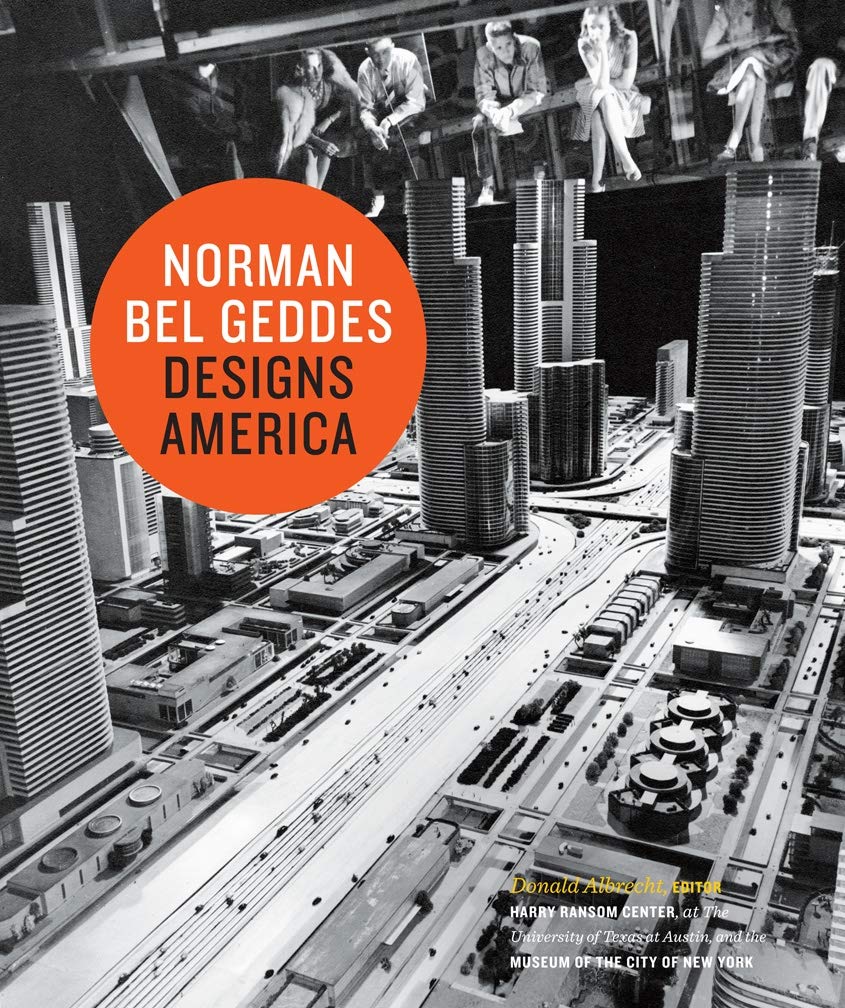 Most people interested in design will be familiar with a lot of Norman Bel Geddes work but I didn't realize how wide ranging his creativity was. For example I had no idea that one commission, in 1940, was a redesign of Crowell-Collier's Woman's Home Journal, The American and Colliers (not a success it seems) or that he designed nearly a hundred Broadway plays and operas or that after the Miami nightclub Copa City was destroyed by fire in 1848 the owner, a NBG fan, asked him to design the interior.

Page after page in this sumptuous book reveal just how creative and visionary Geddes was. Design historian Donald Albrecht, in his intro, says that he was the founding father of the first generation of designers like Raymond Loewy, Henry Dreyfuss and Russell Wright and despite the Depression year's businesses and manufacturers found that using style and design was good for sales. Geddes though wanted to go further than mere commercialism. In 1937 the J Walter Thompson agency asked him to create an ad campaign for Shell and this produced the City of Tomorrow, a huge model of a metropolis of the future which was photographed for the ads.

The work for Shell was the forerunner of the GM Futurama pavilion at the 1939 New York World's Fair, probably Geddes's most famous work and pinnacle of his career. Five million people visited Futurama to see the main attraction: a sixteen minute motorized tour of the largest animated model ever built showing the cities and the countryside in the future (actually 1960). Futurama obviously has its own chapter in the book and a portfolio of photos.

Albrecht, as the book's editor, says it is in two parts: firstly there a six thematic essays that look at Geddes work in the context of the times; secondly eleven project essays cover in detail the amazing amount of design for theaters, furniture, domestic appliances, housing, graphic design and work for the Pentagon during the war years.

This is one of those wonderful books that's a spin-off of an exhibition. Probably better than the show because that closes at some point but the fascinating essays and the four hundred photos and graphics in these pages will be around for a long time. A huge brilliant book for the hugely talented Mister Future.

Title spread. No designer should be without his doodled monogram.

Editorials for the publishers Crowell-Collier.

Missing from the Futurama chapter are spreads from the souvenir brochure.