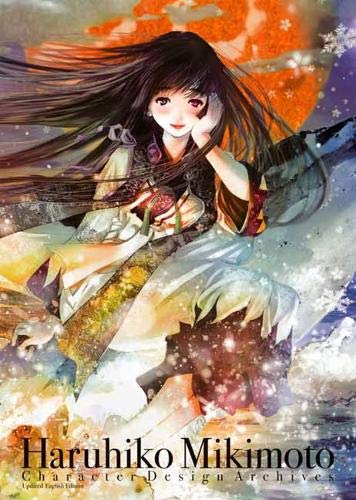 If you take a look at his Wikipedia page, you can see he has worked on a large number of anime and manga projects.

The art in this book dates back to 1984 and doesn't not include, due to the limited pages, all the projects he has worked on. The titles included in the book are:

This book is packed with character designs. There are sketches, line art, coloured illustration and splash art. Some of the sketches are drawn for animation so there are outline boundaries for shadows and colour blocks for animators to work on. The style is the very typical Japanese manga and anime style, but there's a huge variety of designs to look at.

There's not much caption though, just a short text on the project and one quote from the artist.

The paper used for the book is matte off white, and the hardcover binding is good. Colours are reproduced nicely and the pencil sketches look as if they are originals on the paper.

This book is for mostly for fans of Haruhiko Mikimoto and the older Gundam Mobile Suit animation since more pages are devoted to that.