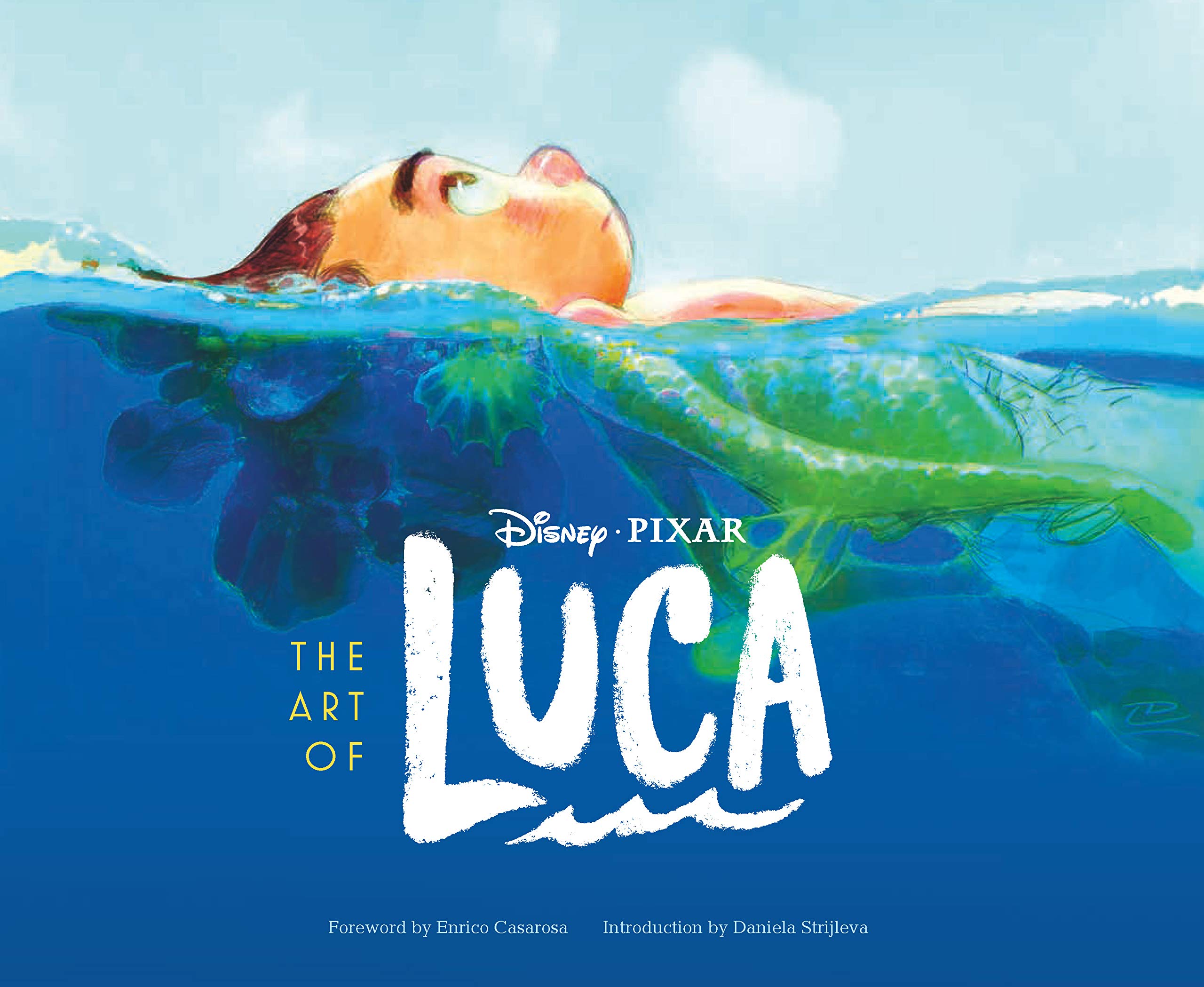 Casarosa had worked for Blue Sky Studios prior to moving over to Pixar in 2002. He's a storyboard artist at Pixar and has worked on several movies Cars, Ratatouille, Up and Coco. In 2008, he published a travelogue-style comic book called The Venice Chronicles that's filled with beautiful and charming watercolour sketches. He also happens to be the founder of SketchCrawl. Fast forward to 2021 and I was pleasantly surprised to see that he's now a director for a feature animated film at Pixar. Wow.

This is a beautiful artbook. Even though there numerous artists contributing to the art, I can certainly see the influence of Casarosa's art in the art direction. Some of the artworks are from Casarosa himself, of course. The book is packed with lots of designs for the characters, locations, island, underwater world and Portorosso. I love the environment art. Pixar really knows how to design a beautiful world. This fictional Italian town of Portorosso is so charming.

Just like most Pixar artbooks, there isn't much text except for a few paragraphs scattered around the book. And it's alright. It's an artbook and there's a lot of good art. There are sketches, coloured illustrations, Bill Cone's pastel mood boards and storyboards.

It's a lovely artbook.