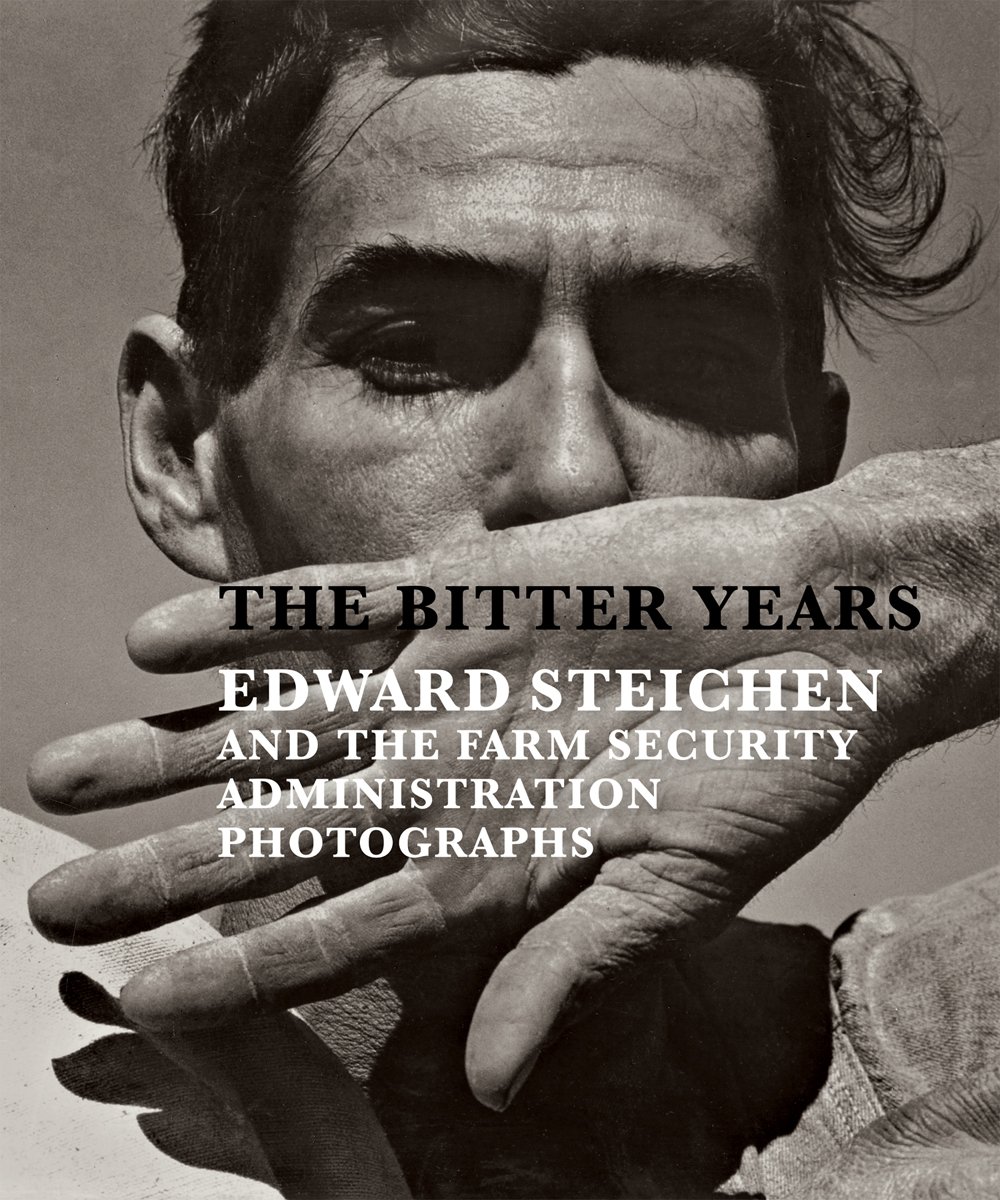 Look through the 208 FSA photos in these pages that Steichen chose for his 1962 Bitter Years exhibition and it's amazing to think that so many of them show, in detail, the appalling living conditions of many Americans less than twenty-five years previously. Miles Orvell writes, in one of the book's four essays, that a 1962 America was a land of prosperity, of finned autos, Levittown, electric typewriters, Disneyland, transistor radios and TV so no wonder this wasn't the most popular exhibition in MoMA's history.

Unlike Steichen's other great exhibition: the Family of Man in 1955, no proper catalog was published for the Bitter Years. This one fifty year's later is welcome with the work of twelve photographers. Among those included are Dorothea Lange (with the most) eighty-four, Russell Lee twenty-two, Arthur Rothstein twenty, Jack Delano and Ben Shahn seventeen each, Walker Evans sixteen. Paul Carter and Theo Jung have three between them, probably rightly so as they contributed so little to the files.

The photos are arranged in the following sequence: Drought and erosion; Disaster; Cotton; Sharecroppers (the biggest with forty-five) Tractored out; Eviction; On the road; Field workers; Tents; Old age; Houses; Jobless; Schools; Couples; Heroic women. Included, of course, are now famous photos like Lange's Migrant mother, Rothstein's Cimarron County dust storm and Bud Fields family by Walker Evans but because of the wide range of sequences there are plenty of remarkable photos I've never seen before.

The physical exhibition of the Bitter Years, like the Family of Man, is on permanent display at the Chateau d'Eau in Dudelange, Luxembourg. (There is, in my view, a rather unnecessary six page essay about the history of this disused pumping station and how it became a cultural center.) The photos in the book, I assume, have been copied from the exhibition which would explain the slightly soft tone and lack of any real blacks in many of them. They are mostly one to a page and printed with a 175 screen on a lovely matt art.

Left: Rothstein's famous dust storm photo in 'FSA: The American vision' compared with the reproduction in the 'Bitter years'.