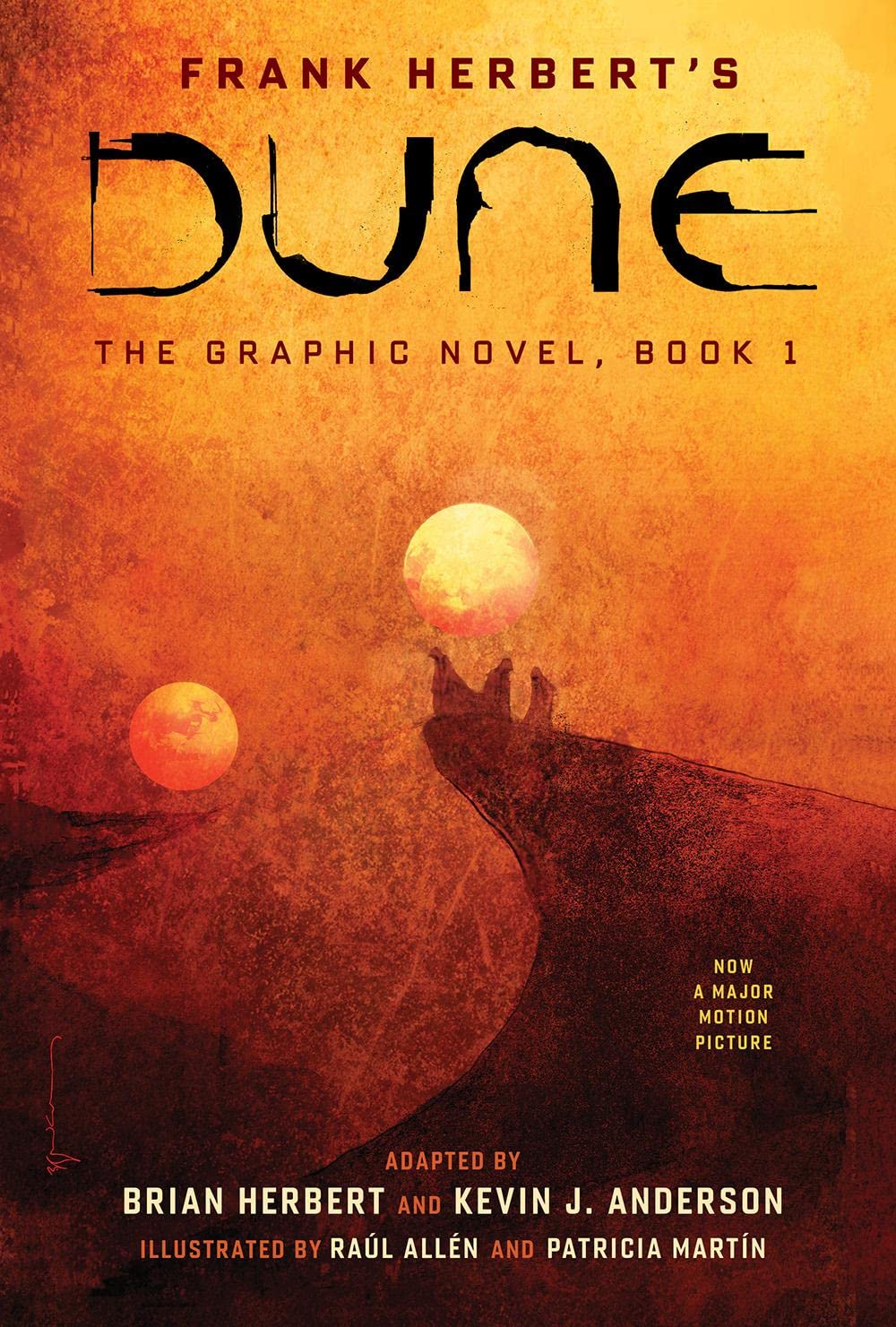 DUNE: The Graphic Novel is adapted by Kevin J. Anderson and Brian Herbert, son of Dune author Frank Herbert. Cover art was illustrated by Bill Sienkiewicz and the comic panels by Raul Allen and Patricia Martin. The book's a 176-page hardcover published by Abrams

This graphic novel is created to be a faithful adaptation of Frank Herbert's 1965 classic. There will be three graphic novels and the second book will be out in August 2022. I've not actually read the original novel so I can't say how good the adaptation is, but this is certainly a well done graphic novel on its own. The storytelling has good pacing and the art looks beautiful.

The story is about the how the noble House Atreides is thrust into a war on the desert planet Arrakis with gigantic sandworms and precious spice as resource. The story then follows protagonist Paul Atreides who survived.

This book should be an engaging read for those into sci-fi, fans of the original novel or those who just want to know what the fuss of Dune is all about. According to some reviews I've read online, this graphic novel is not the visual adaptation of 2021's Dune which was directed by Denis Villeneuve.

The only downside is there's a lot of talking and not much action. It's more of a sci-fi drama than a sci-fi thriller. There are the occasional action scenes but most panels are just of people talking and it's not that interesting to see people talking. To make panels with talking people interesting, the artists used different perspective/view points, composition, backgrounds, have people stand, walk, gesture while talking. There are reviews saying the art looks bland. The art looks good to me, technically speaking, it's just that ultimately it's not easy to make the numerous pages of people talking feel interesting. Dune is said to be difficult to adapt and I can see why.

I've not watched Denis Villeneuve's movie though so I can't say whether you should spend your money on either this graphic novel or get the movie instead.

This graphic novel is wonderfully put together. It's just that you have to have some expectations before you buy the book so that you won't be disappointed.