It's not surprising that there are people who are disappointed with the Macbook Pro 2016. Usually, those disappointments are about the price -- Apple products usually cost more than Windows PCs. This time, people are out in force to complain about the features that Apple has taken away from the new Macbook Pros. Here are links to some of the many articles:

Before you accuse me of being an Apple basher, l've to say that I've been using Macs since 2006. I've bought the Intel Mac Pro, 1.4Ghz Mac Mini, Core 2 Duo iMac, Quad-core Mac Mini, Mac Pro 2013 (currently being serviced for the 4th time). I've used Macbook, Macbook Air and Macbook Pros although I've never own them for long periods. I like Mac OS. But let's cut to the chase, without Mac OS, Apple computers will have a hard time justifying their higher price, the so called "Apple tax".

With the release of the new Macbook Pro (Late 2016), I was in disbelief.

Apple released a laptop that matches the specs of a Dell Precision released 2015 Q4 or HP Zbook Studio G3 released in 2016 1Q. Not only that, Apple removed all the useful useful ports and replaced them with Thunderbolt ports in USB-C.

Let me go through all the features in the new Macbook Pro.

I can't fault them here but that's not because the processor is better than the previous model. They are, yes. The thing is, processors in previous models are already very powerful. Macbook Pro (May 2015) tops out at quad-core 2.8Ghz. Macbook Pro 2016 tops out at 2.7Ghz. Apple showed some performance charts during their presentation but seriously, in real life, you're not going to notice that significant improvement unless you're the type of user where ever seconds count, e.g. video editing for daily video production.

Many workstation laptops can now be configured up to 32GB RAM. Apple's still stuck at 16GB, which is actually plenty for majority of the users. It would have been great if they had a higher limit available to customers. That option is missing.

Huge improvement here because the storage read speeds are 2.5 to 3.5GB/s competing nicely with the Samsung 960 Pro. Booting up from cold in theory should be under 5 seconds. Editing 4K videos should have no possibility of drop frames.

Again, I don't expect significant improvements over previous generation, at least until the official benchmarks are out.

To sum it up, the specs for processor, memory, storage, graphics are bummed up slightly but actual improvement to performance is questionable. They will be fast, but not significantly so in a way that you will notice unless you're a power user. Do you edit 75MB RAW photos or 4K videos daily, on deadline?

Design and use of Thunderbolt USB-C ports

I've got to give kudos to Apple. They have the best laptop design in my opinion. I've laid my hands at many brands of laptop and Apple's laptops almost always feel more premium to me. However, in this case, they sacrifice all the useful ports from the previous model to make the laptop thinner.

The new model only has Thunderbolt USB-C ports. The 13-inch has two miserable ports and the 15-inch 4 ports.

Apple is betting that everything in the future will be wireless. That's why there's only one port on their 12-inch Macbook.

If you're a creator, I'm going to make a guess that you have backup drives. Do they have USB-C connection? If you have an external monitor you want to connect, does it have USB-C connection? Do you use SD cards in your camera and how are you going to transfer those photos to your computer? Do you need to connect a scanner? Do you know that you can't connect your iPhone 7 to the Macbook Pro directly? I can't connect my iPad to it directly either.

You're going to need this. 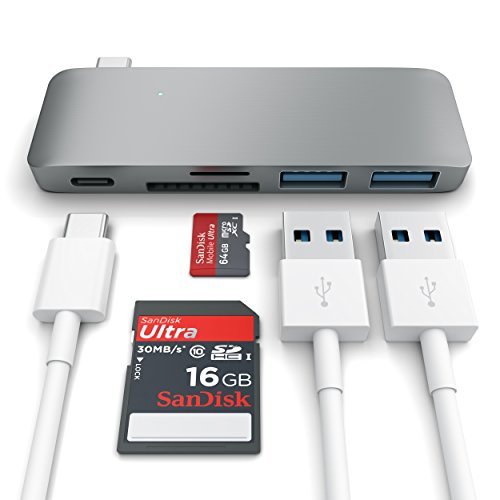 It's not enough to have that because it doesn't allow you to connect to a monitor, so you need this too. 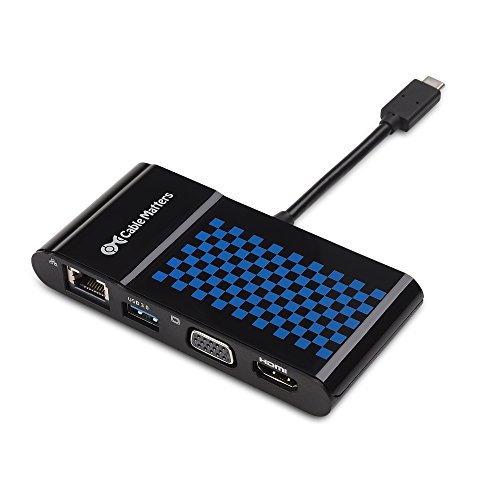 Be prepared to have a lot of dongles. And make sure you don't forget to bring them out when you need them.

Apple’s marketing senior vice president Phil Schiller said the SD card slot was "cumbersome". It was for Apple. And by removing the SD card slot, they have made it cumbersome to everyone else.

It looks cool, no doubt.

If you're currently using a lot of peripherals, factor in the extra cost for the adapters. If you don't have a lot of USB-A devices, perhaps one adapter is enough. In the end, it's probably not a big deal to bring out an extra adapter.

If you want an all-in-one and the convenience of not having to bring any adapters, you should buy the Macbook Pro (May 2015) while you still can find them.

If you want to switch from Apple, there are many laptops from other brands that offer the same power with all the convenient ports. For example, Dell Precision, HP Zbook Studio, Razer Blade.

Apple should have included a USB-C adapter at least. But they did not do that because they want you to spend more money on their accessories. The official Macbook USB-C adapter cost USD $69. You kidding me?!?

If you're looking to upgrade from your current Macbook Pro from 2013, don't waste your money. It's still fast enough!

Lastly, the price is a bit difficult to swallow. The base model 13-inch Macbook Pro has almost the same specifications as the Dell XPS 13 but the latter cost USD $500 less. Seriously?!?! Wow. That's the "Apple tax" for you.