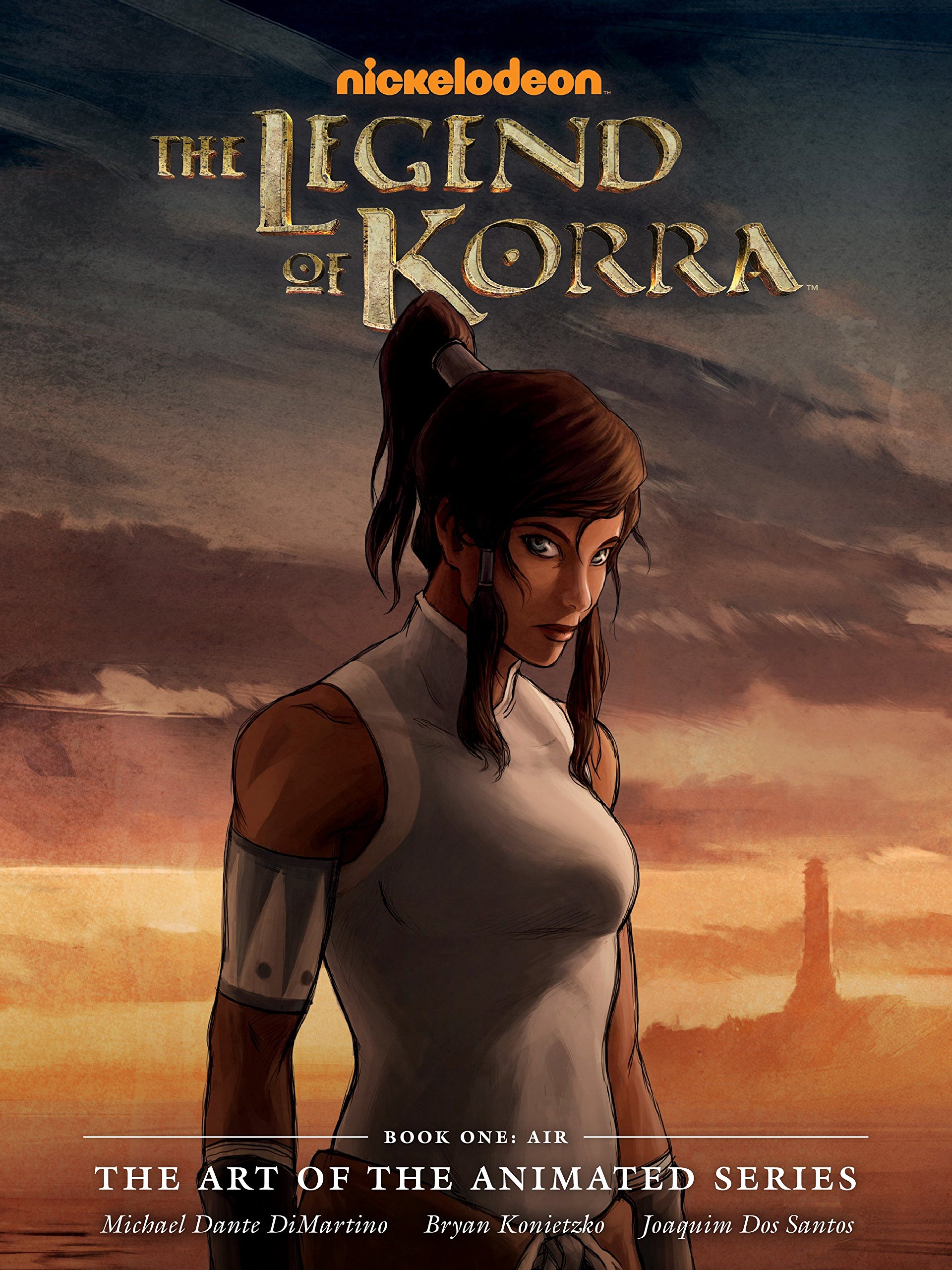 I love the Airbender animation series. I can still remember the strong nostalgia I had while watching the first episode of The Legend of Korra: Book 1 Air, recalling all the characters from the previous series, and watch how time has passed and given us a new generation to look upon.

The cover art is different from the original product image. It has Korra looking rather too serious.

The book features development art from all the 12 episodes in Book One: Air. There are designs for the main characters, followed by the Republic City and its inhabitants and then we have art from each episode in order.

Character designs form the bulk of the book. There's Korra in different outfits, including those from Pro-bending gear, and also the cute four-year-old Korra. There are lots of line art and also coloured versions for the characters. Other characters are Tenzin and his family, Lin Beifong, Amon, Katara, and about most of the characters that appear in the episodes.

The environment art are beautiful. The buildings and sets have a mix of oriental, industrial and European style. The world has changed since Aang was the Avatar. You'll see some connection to the past, for example, with Avatar Aang Memorial Island. Overall, the world feels very different because it has evolved. My favourite piece is the aerial painting of Air Temple Island that appears towards the end.

The last few pages have some pretty cool miscellaneous art, such as the classic Avatar characters in their adult form, and also other characters drawn in non-animation style.

Throughout the book, commentary is provided by creators Michael Dante DiMartino, Bryan Konietzko and director Joaquin Dos Santos. They give illuminating insight to the designs and stories.

Highly recommended to fans of the series, and those who like animation or character art.

It's one of my 2013 favourite artbooks

There are less animals compared to the first artbook.

This scene on TV almost brought tears to my eyes. A wonderful sequence that connects Korra with the lives of past Avatars.

I was really happy to see that most of the characters drawings were done by Ryu Ki-Hyun. I've discovered this artist in the artbook about Avatar and his style is really impressive!!

Awesome book! Which cover is the real cover? The one on Amazon or the brown one with all the characters?

@Max
The one I have is the real cover.